The worst thing that can happen to a gamer isn’t not remembering to pre-order one of the hottest titles of the season. The worst thing for a gamer is remembering to order the game and then having your order cancelled after it’s too late to get one elsewhere. This is what Best Buy has done to a bunch of gamers with Forza 4: Limited Collector’s Edition. 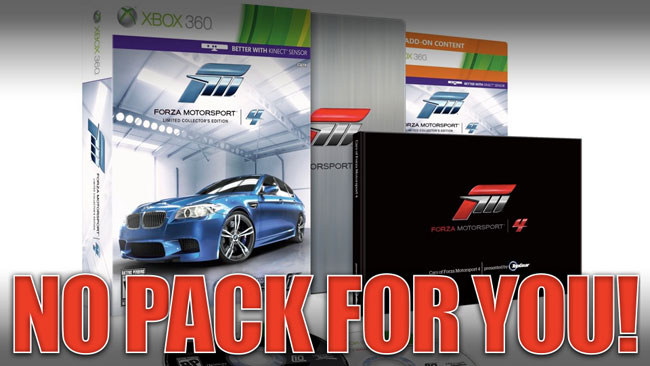 Apparently Best Buy opened the order banks willy nilliy without checking home many copies it had coming and without telling people when it was out. When more orders came in that they had copies of the game, Best Buy sent out letters to notify the sad lot that couldn’t have the game.

The letter said that the reason their orders were cancelled was due to overwhelming demand. The people that ordered were offered the standard version of the game along with a $20 gift card and $20 worth of Microsoft Points. The collector’s version of the game had 25 more cars and some other goodies the normal pack lacks.