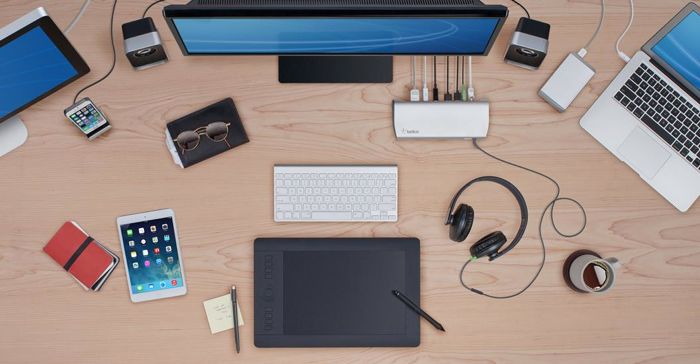 Belkin has launched a new accessory for your Mac and PC, the Belkin Thunderbolt 2 Express Dock HD, which comes with two thunderbolt ports, and a range of connection options.

The Belkin Thunderbolt 2 will work with Mac OS X 10.9 and later and with Windows 7, Windows 8 or later, the device will be available to pre-order from today.

Designed for PC and Mac ultrabook, laptop and desktop users, the Belkin Thunderbolt 2 Express Dock HD helps increase productivity, portability and connectivity. With eight ports including support for HDMI®, USB 3.0, Gigabit Ethernet, audio and Thunderbolt 2, the Thunderbolt 2 Express Dock HD supports up to eight devices connected directly to the dock, with support for up to four additional (five total) Thunderbolt devices through a daisy-chain setup. Display the clearest picture through either the HDMI or Thunderbolt 2 port at a resolution of up to 4K. The USB 3.0 ports open the ability to charge smartphones, tablets and other higher amperage devices, even when the host computer is asleep or not connected to the dock. It also offers Thunderbolt 2 data transfer speeds of up to 20Gbps, which is two times faster than Thunderbolt, four times faster than USB 3.0 and up to 25 times faster than FireWire® 800. 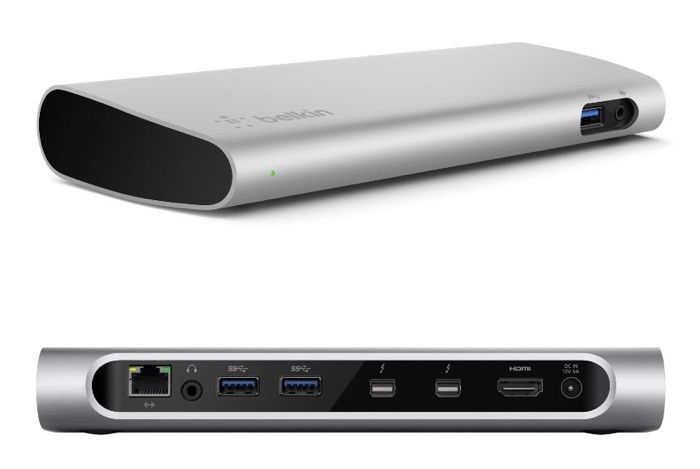 “Belkin’s Thunderbolt 2 Express Dock HD is an all-in-one solution that fully takes advantage of the Thunderbolt technology and creates endless possibilities for your setup,” said Melody Tescon, director of product management at Belkin. “Not only does it offer exceptional performance and maximum transfer speeds for creating and editing, but it also creates a more efficient work environment.”

The Belkin Thunderbolt 2 Express Dock HD will allow you to connect up to 8 different devices to your Mac or PC, and it will go on sale in October for £249.99 from Apple stores and from other retail stores in November.