The details! The Details! It’s really the details that puts this interstellar warship a cut above the rest. To be dreadfully honest here, Battlestar Galactica doesn’t have the sexiest spaceships around. But, it is an endearing saga and the 2003-onwards series was legendary. 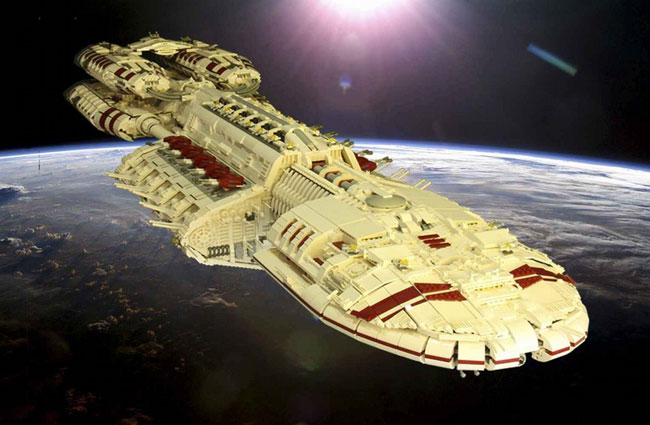 The creator of this detailed model is Gary King, a BSG enthusiast who owns scale models of the ships from the series but still wanted to indulge his passion for Lego. What came out after countless man hours worth of labour in the span of two months is the Battlestar Berzerk, with a slightly new color scheme. It’s bristling with some nasty looking guns too. The most incredible tiny consideration that blows our mind though, is the small port/docking bay at the hull. Woah!

It’s not 100% Lego, however. Due to engineering glitches and other design flaws, some steel and wood was needed to hold the almost 50-pound frame together. Still, the Berzerk is an incredible work of art.

There’s a whole gallery of pictures via the source link down south. For the love of the human race, don’t miss them.