It’s not so much the radiation as the disrupting signal that messes with their intricate comms network. Like most social insects, bees work together with a naturally endowed means of transmitting various signals. The problem arises when a group of Swiss researchers placed a cellphone next to a hive. (This was dozen dozens of times.) 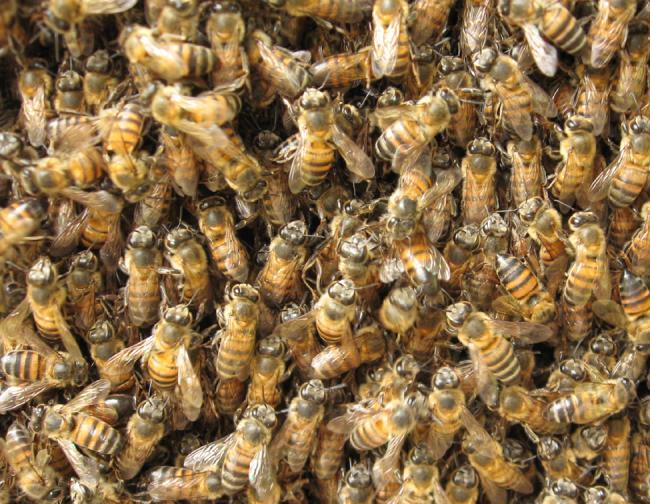 The result was chaos. Apparently a ringing cellphone signals nearby bees that danger nears and they need to swarm, which is of course bad news for them since it disrupts their all important work.

Here is a teasing length of text from the Fst Company guilt trip about our cellphone use:

A similar report in 2008 showed that bees won’t come back to their hives when cell phones are placed nearby–another hint that handsets disrupt bee orientation. There isn’t too much we can do about this without dismantling our cell phone culture, and that’s never going to happen. In any case, neither of these studies conclusively prove that cell phones are behind all the recent bee deaths.

The ultimate consequence of cellphones near bees is they are confused by cell signals. This state is being forwarded as a theory for explaining the sudden bee die offs that’s happened over the years. While it hasn’t been confirmed as the reason behind such phenomenon, cellphones are now confirmed to pose a threat to mother nature itself and not only for the massive e waste its industry produces.