The guys over at Think Geek are at it again with their crazy creations, this time it is another Geeky T-shirt although this one does have a very useful feature, a build in beer bottle opener, the Beerbot T-Shirt.

As you can see from the photo the Beerbot T-Shirt features a robot on the front, and one of the robots arms features a built in beer bottle opener. 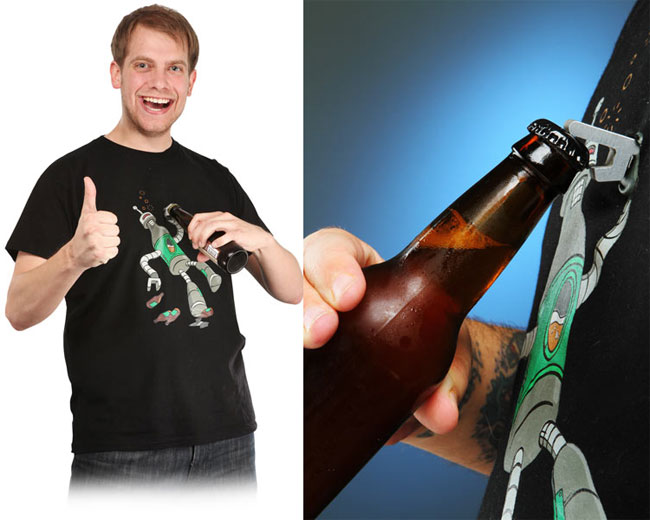 The BeerBot Bottle Opening Shirt is amazing. This slightly inebriated robot forgot about the Three Laws six beers ago, but he’ll gladly help you pop the top of your brewski. When life is hilariously cruel and hands you a beer without a means to open it, you can laugh as you throw wide your jacket and hand the bottle to your BeerBot. POP! Open.
If you want one, the Beerbot T-shirt is available for $19.99 from Think Geek