Logic Supply has this week added a new addition to their range of cases, in the form of the newly launched BeagleBone Black case which has been created for the BeagleBone Black development board.

To re-cap the BeagleBone Black is a low powered ARM-based prototyping board that is equipped with a Sitara AM3359 SoC from Texas Instruments featuring a Cortex-A8 core clocked at 1 GHz and a POWERVR SGX Graphics Accelerator supported by 512MB of RAM. 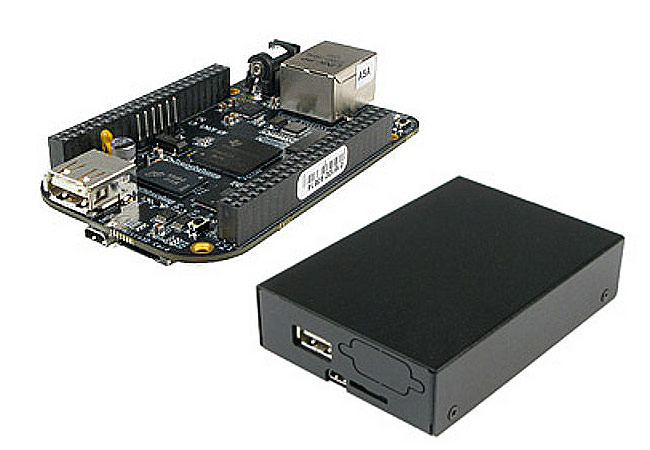 Other features of the BeagleBone Black board include 2GB of eMMC flash storage which can be expanded via the use of the include microSD card slot.

The BeagleBone Black board comes supplied running Angstrom Linux but is juts at home running Ubuntu and Android operating systems. The new fabless $14.95 BeagleBone Black Case, AKA the LGX BB100, keeps the board safe in a plated, scratch-resistant steel enclosure.

“We developed the BB100 case with engineers in mind,” says Logic Supply CEO, Roland Groeneveld. “This enclosure houses the BeagleBone Black in a rugged, professional-grade case. It can go into the field without modification, but our ideal customer will customize the case for a volume project.”