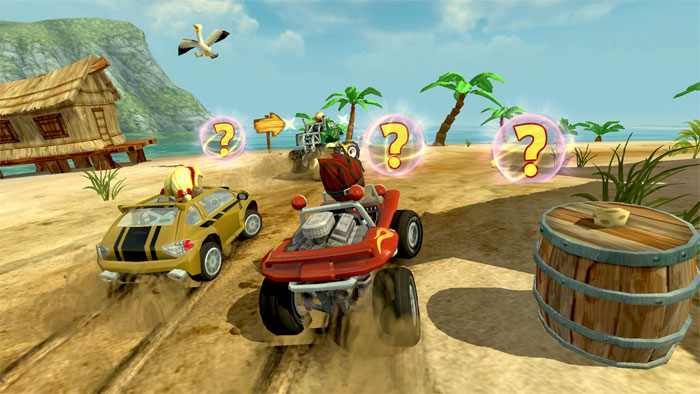 Beach Buggy Racing is an off-road racing game that lets players drive little karts through 12 different 3D rendered tracks. Those tracks can be played in six different game modes against a number of other racers. A wide range of racing karts are available from monster trucks to lunar rovers. Those karts can also be customized and players can pickup powerups.

Over 25 powerups can be picked up by players to give the new abilities. Developers promise new powerups over time to keep the game fresh. Racetracks vary from jungles to beaches and swamps with unique shortcuts and surprises to discover. The game does support split screen multiplayer with up to four players on Android TV or when devices are connected to TVs. Google Play Game Services are supported with players having the ability to earn achievements and more. Controls are customizable an include tilt, touch, and gamepad support.