If you are new to electronics and fancy learning more about the Arduino programming language you might be interested in a new Arduino compatible development shield called the BE SHEILD.

The makers of the BE SHEILD have launched a crowd funding campaign over on the Indiegogo website. And as a result of one of the most successful Indiegogo projects launched in the form of the BE MAKER. Check out the video after the jump to learn more. 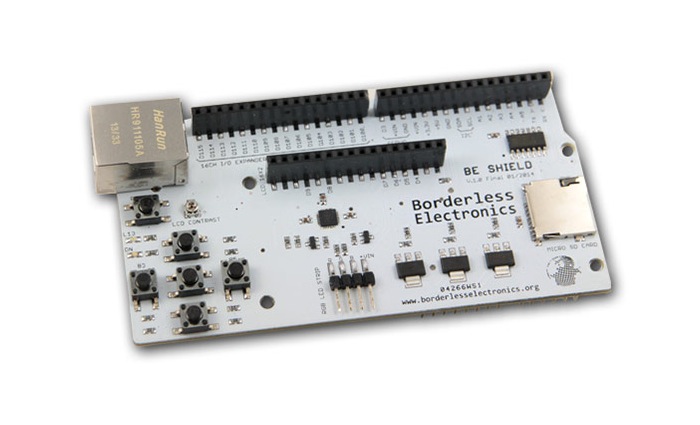 “All this in a very small board (only 4.25″ or 10.8cm long). Plus, the board has been designed to allow the use of basically all of these functions at the same time. With the BE SHIELD it’s possible to create hardware application with Internet connection, local display, control by button, and memory card storage, all together, working at the same time and without adding any wire. This with 5 analog and 16 digital channels still available for additional components.”

The functions offered by the BE SHIELD includes:

– 16×2 LCD Display socket with contrast control
– microSD (TF) memory card socket
– 5 control buttons that uses only 1 single analog input
– Direct control for a servo motor
– RGB LED Strip driver circuit capable of over 1A per channel
– Ethernet controller for Internet connection
– A digital I/O expander that adds 16 channels to the original 14 of an Arduino™; a total of 30 digital Input/- – – Output channel available for your projects

“The BE BOARD is a low cost (because nonprofit) Arduino compatible board introduced on Indiegogo last August that sold out (over 15,000 pieces) one week before the natural end of the campaign.”

The BE SHIELD is totally Open Source. You can take a look at the schematics here and find out more about the project and make a pledge over on the Indiegogo website. 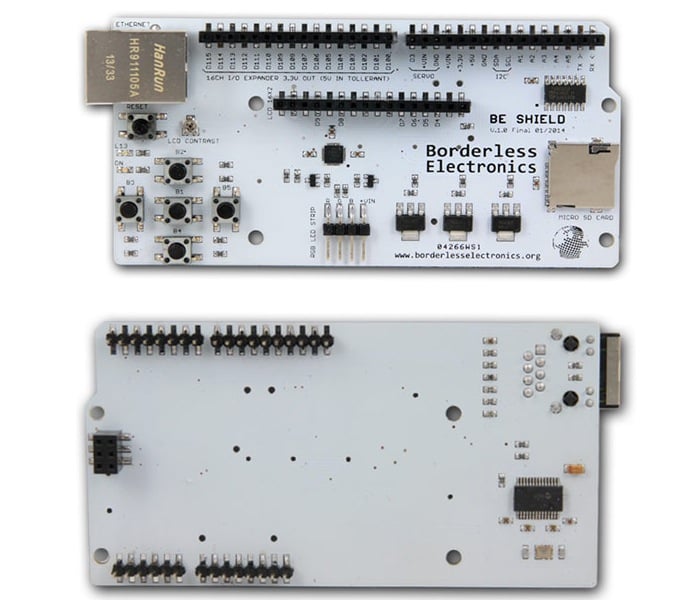 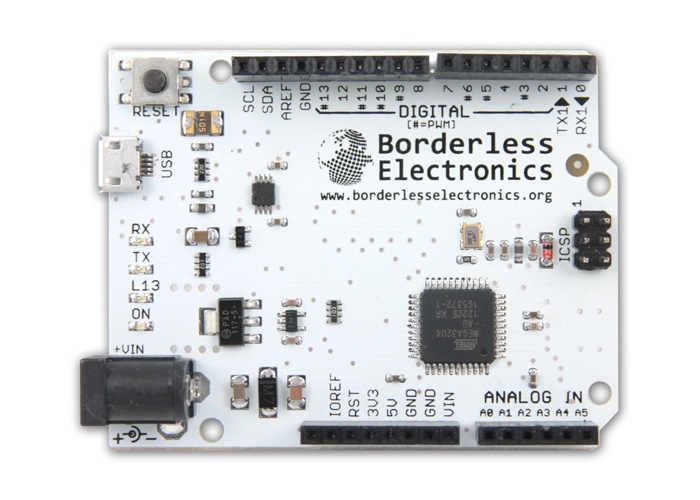