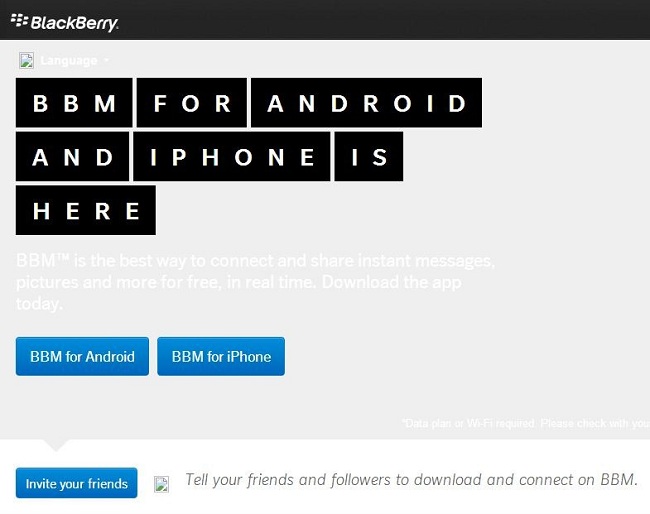 We’ve seen user guides getting leaked a few days back, and we were even told that Blackberry Messenger would launch later this summer – specifically by the end of September as revealed by one of the execs.

Blackberry is going through tough times. The company has been exploring different strategic alternatives to end the struggle of the company. The company is also considering making BBM a separate company BBM Inc. Some executives already moved to the new subsidiary and are working on feature beyond basic messaging that will be introduced in BBM.

The page can appear anytime now, as Blackberry has given users a hint that the launch of its popular messaging application for other platforms is imminent. Are you excited?