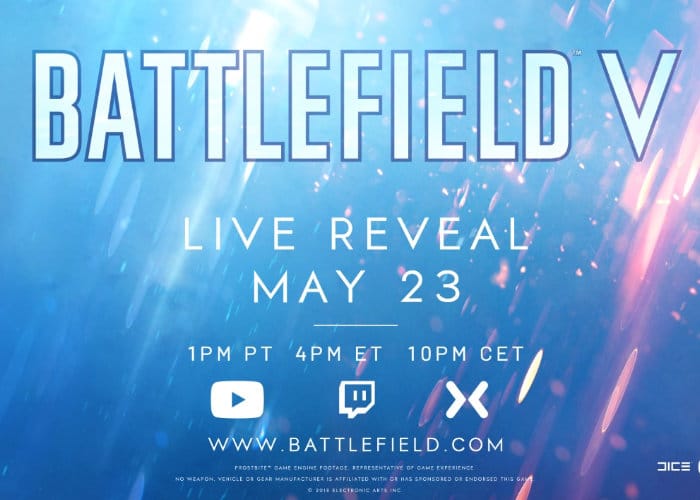 The Battlefield V reveal will take place at 1 PM PT or 4pm ET or 10PM CET during which you can expect to see a trailer and also learn more about what you can expect from the storyline, locations and characters that will populate the new game.

As soon as more information is made available we will keep you up-to-date as always. Watch the Battlefield V Reveal hosted by Trevor Noah on May 23 at 1 PM PDT/4 PM EDT/10 PM CEST on Battlefield’s YouTube channel or Battlefield.com. The livestream will also be featured on Twitch and on Mixer.com. “Prepare for May 23. Battlefield will never be the same.”