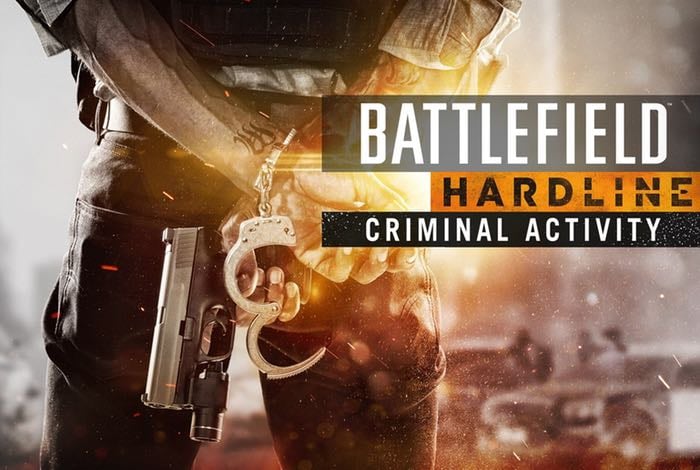 A new Battlefield Hardline Criminal Activity trailer has been released by EA and Visceral providing a first look at the new DLC that will be launching in 2016.

Unfortunately no details on the release date or price has been as yet announced by the games developer or publisher but as soon as details become available we will keep you updated as always.

The new Battlefield Hardline Criminal Activity DLC will bring with it four new maps to explore, six pieces of headgear and, in the spirit of Battlefield, at least one quite silly vehicle. Criminal Activity is the first of 4 new Hardline expansion pack DLCs that will be made available during 2016 and as usual, premium players wilt to enjoy the new DLCs two weeks ahead of those not under membership.

“There are four new maps here. One is a Floridian vision of palm trees and neon nightlife named Code Blue, while The Beat paints a grimmer, grottier picture of Miami. It’s enlivened by a car mod shop, replete with a low ride that boasts a chain-link steering wheel and extra-bouncy suspension. That’s one of two new vehicles coming in Criminal Activity.”

As more information is released for the new Battlefield Hardline Criminal Activity DLC we will keep you updated.