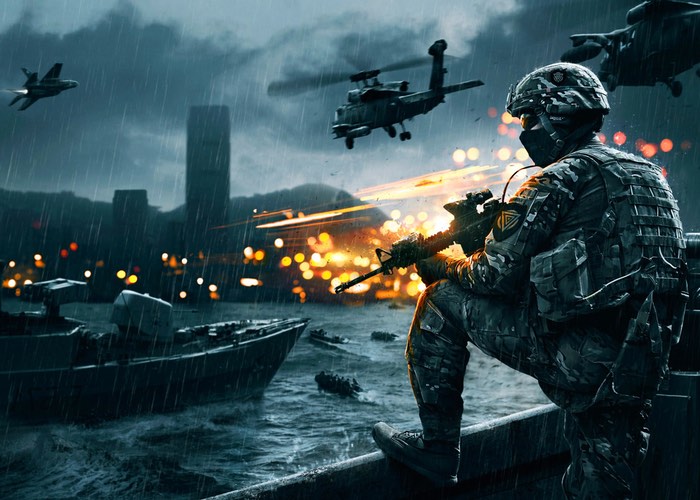 With the upcoming launch of the highly anticipated Battlefield 1 first-person shooter (FPS) video game taking place on October 21st, 2016. You would think the DICE had enough on its plate finishing off development of its next game.

But the company has today announced the rollout of a new update to its older Battlefield 4 game which brings with it a number of new enhancements and improvements for the way players can find each other to team up and play BF4.

The latest BF4 update enables you to create a squad of friends or players before actually entering the game, making it much easier to organise, discuss tactics and spawn in together before the game actually starts. Dice explains more over on their official Battlefield 4 blog :

The new Battlefield user interface is designed to improve the experience of playing with friends and to bring relevant content to your attention.

Now, you’re able to create a Squad before you actually enter into a game. Being able to join up with your friends and join into a game together makes it a much smoother experience, and helps make sure you’re able to spawn on your buddies as soon as you’re in the game.

There are other changes as well that you’ll want to see for yourself, like a recommendation engine to suggest maps, modes, and more, giving you a more relevant and fine-tuned experience that quickly gets you to the things you want to do.

This new UI is currently rolling out in beta form in Battlefield 4 for a small audience, and we’ll have more information on additional testing opportunities in the coming months. This will also be released with Battlefield 1 (and Battlefield Hardline soon after that). Once it’s rolled out for all three games, you’ll be able to easily swap between the games as long as you own them. Want to jump from St. Quentin Scar in Battlefield 1 to the skyscrapers of Shanghai in Battlefield 4? It’ll be easier than ever.