As you can see from the Battlefield 4 specifications list above you are going to require a recommend 8GB of RAM although you might be able to get away with 4GB. DICE also recommends you run Windows 8 64-bit, but BF4 will go as low as Windows Vista SP2 32-bit. 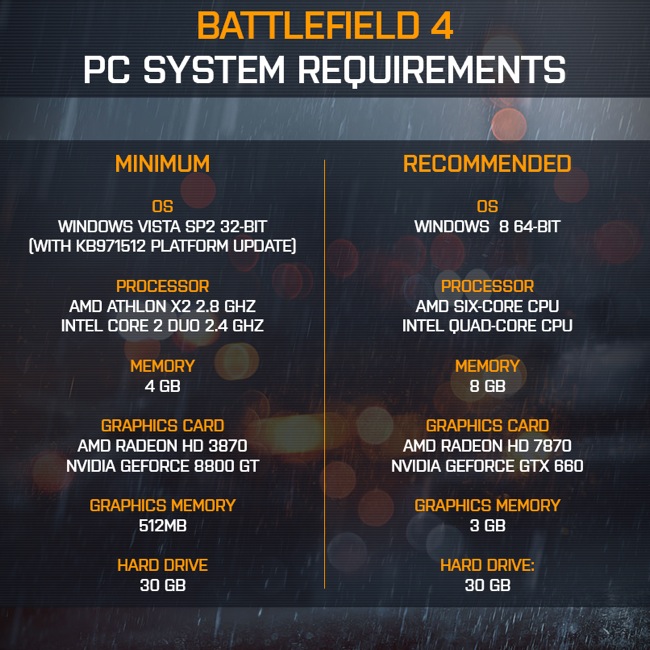 – Obliteration, where two teams face off on medium-sized battlegrounds where one bomb spawns in a random central location and the goal is to pick up the bomb and arm it at one of the enemy’s three military installations.

– Defuse, where players don’t have any re-spawns at all for an even tighter and quicker infantry-only game mode. Battlefield 4 will be launched for PC, PlayStation 3 and Xbox 360 on November 1st 2013.