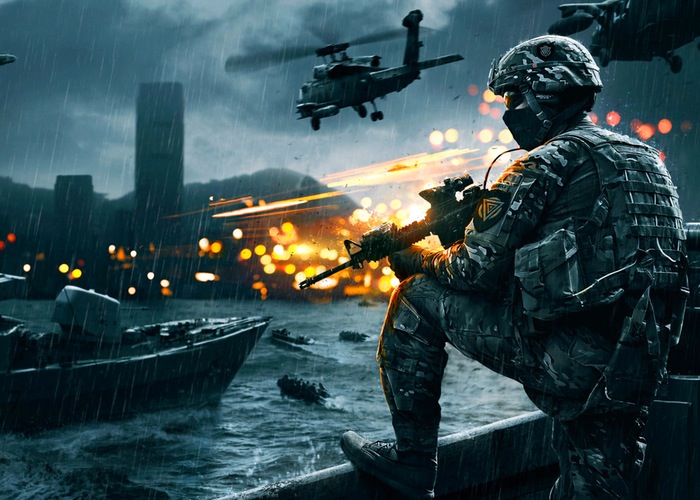 Battlefield 4 players patiently waiting for the release of the highly anticipated Battlefield 4 netcode update that was announced at the end of last month by EA, will be pleased to know that the improvements it brings are now available for Xbox 360, PS3 and PC gamers.

DICE has created a new demonstration video which you can view after the jump that shows the improvements the new netcode update has brought to the Battlefield 4 game for players now it has been rolled out.

The latest Battlefield 4 netcode update introduces roughly a 60 percent reduction in delay for gamers to enjoy, and the latest update also brings with it a number of enhancements, gameplay tweaks and obligatory bug fixes. As well as reducing the camera shake that players experience when being positioned near an explosion in game. DICE explains a little more :

“For the PC, PS4, and Xbox One platforms, we are adding something we nicknamed the “High Frequency Bubble”. Within a certain radius of the player, we add the possibility to update the clients at a higher rate from the server. What this essentially means is that the server will update the client on what is happening more often than before. This normally results in a smoother, more “correct” player experience.”

“The High Frequency Update will be rolled out to all 48 player servers and on a small set of 64 player servers immediately. We will then keep a close eye on the larger servers to make sure server performance stays good in the live environment. If all goes well, all servers will be supporting the high frequency update after 24 hours or rollout and testing.

On PC the RSPs are responsible for enabling the feature at their discretion, we expect most to do so as soon as possible.”

For more information on the new Battlefield 4 netcode update jump over to the Battlelog website for details.