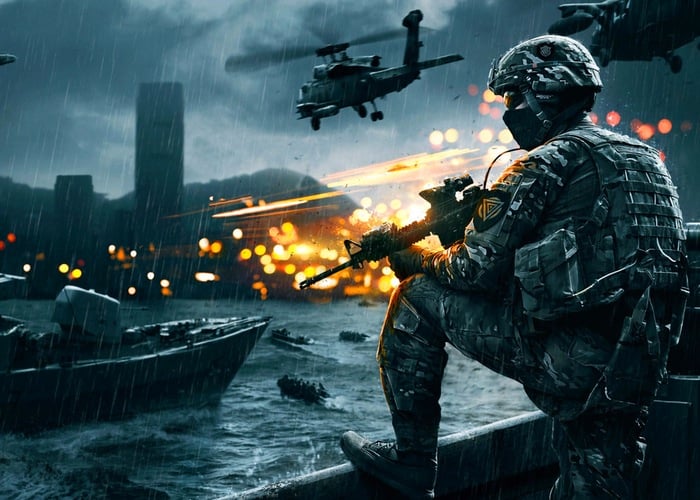 EA has this week announced that a new major Battlefield 4 Netcode update update is currently in development for their first-person shooter (FPS) video game. To try and clam the backlash from BF4 gamers since the reveal of the new Battlefield Hardline game was announced earlier this week.

The new Battlefield Hardline game consists of police battling against crooks in urban shootouts, and the title is not being developed by DICE but Visceral Games instead.

EA also announced this week that the Battlefield 4 game would soon be receiving microtransactions as a new way to acquire Battlepacks within the game. DICE VP Karl Magnus Troedsson explains more about future updates for the BF4 game :

“By now, many of you have probably heard about the next title in the Battlefield series, Battlefield Hardline.”-“That said, I want to be sure you all understand that introducing Hardline in no way means we’re done working on Battlefield 4. Nothing could be further from the truth. The Visceral team is leading the development of Hardline, while the DICE team continues to drive BF4. We are committed to giving you the best BF4 experience possible.”

“Continued Support: There are dedicated BF4 teams in Stockholm, Uppsala and LA that will continue to address any issues that might occur. But more importantly will also look to make significant additions to the game.

Netcode Patch: We are also working on a major update to the Battlefield 4 netcode.
Community Test Environment: We launched and are planning to expand our Community

Test Environment. You can see the CTE as our labs environment in which we’ll continue testing out new additions, improvements etc. before we go live with them. We’re expanding the CTE program to give more and more players the chance to test new additions”

For more information on the new BF4 future updates jump over to the Battlefield Blog website for details.