Dice and EA have today unveiled a new gameplay trailer for their new Battlefield 3 Gulf of Oman map, which will be included in the new Back to Karkand DLC. Which will bring with it a number of vehicles from the previous Battlefield 2 game.

The vehicles that will be revived from the older game will include the STOVL fighter jet, desert buggy, and one of the APC’s. Together with a special classified fourth vehicle that will be making an appearance in the new map pack, and you can glimpse in the video after the jump. 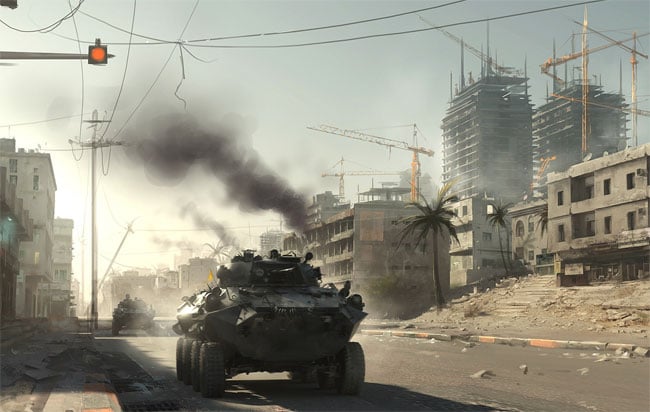 Battlefield 3: Back to Karkand is out December 2011 at no extra charge if you own a copy of the Battlefield 3: Limited Edition, or available the same date at $14.99/1200 Microsoft Points.