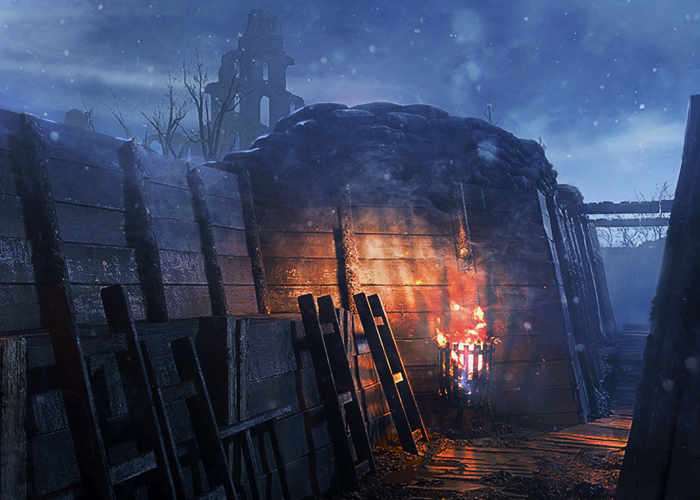 DICE has this week announced that the new upcoming Battlefield 1 Nivelle Nights map will be made available for free to Premium Pass owners in just over a month’s time during June 2017.

The new map is set in the Chemin des Dames, 1917 and offers action during the time when French and German batteries prepare to yet again support their troops on the contested ground.

As darkness falls over the muddy battlefields around Malmaison and Soupir, French and German batteries prepare to yet again support their troops.

The moon, the searchlights, and the artillery lights up the night skies, exposing the vast network of trenches. Bite and hold as your foe will fight for every inch of ground. Strategy and teamwork will overcome those who have neither.

As yet DICE has not announced how Premium Pass players will receive the new content and the Battlefield 1 expansion : In the Name of the Tsar, also doesn’t have a release date as yet.