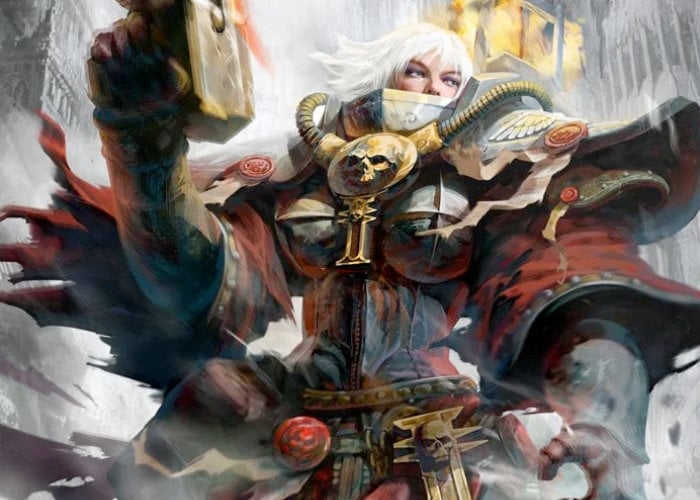 In a few days time the highly anticipated virtual reality first person shooter, Warhammer 40K Battle Sister will be officially launching. This week developers Pixel Toys confirmed to UploadVR that there’s one cooperative multiplayer mode planned to either release alongside the campaign or, more likely, “fairly soon after” the initial release. To whet your appetite ahead of the game’s launch check out the 10 minute gameplay footage created by the team at UploadVR to learn more about what you can expect from the game’s mechanics.

“Here’s the first look at gameplay from of Warhammer 4K: Battle Sister in VR on Quest 2! Battle Sister’s early demo is rough around the edges, but it captures the misery of the Warhammer 40K slug-fest well.”

“We’ve got a couple of different modes which we’re working on,” James Horn, Creative Lead/Project Director on the project explained to the UploadVR website “There’s one which we’re currently prepping for the initial release, which is more down the horde mode line. Battle Sister will offer perhaps the most immersive experience of the 41st Millennium yet, while offering thrilling moment-to-moment gameplay. Master iconic weapons, strike down enemies with faith powers, face down horrifying foes – everything you could want from the first-ever Warhammer 40,000 VR game.”

Battle Sister is aiming for launch on the Oculus Quest in December 2020, with other platforms to follow shortly afterwards during 2021.