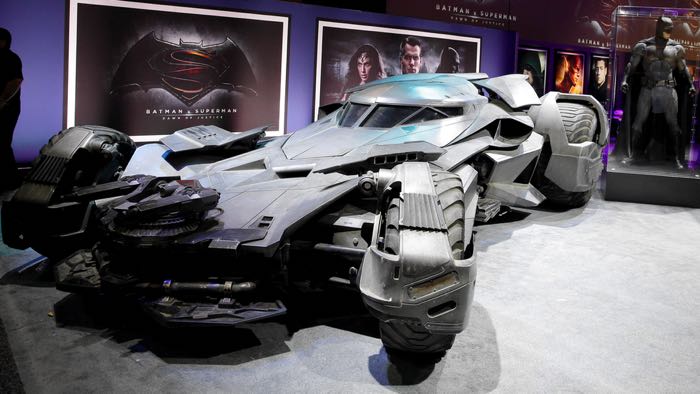 We have seen a teaser video of the new Batmobile for the new Batman vs Superman movie and now Batman’s latest Batmobile has been unveiled.

The new Batman vs Superman Batmobile was unveiled by Warner Bros.Consumer products, the new vehicle is low to the ground and packed with guns.

Fearing the actions of a god-like super hero left unchecked, Gotham City’s own formidable, forceful vigilante takes on Metropolis’s most revered, modern-day savior, while the world wrestles with what sort of hero it really needs.  And with Batman and Superman at war with one another, a new threat quickly arises, putting mankind in greater danger than it’s ever known before.

The new Batman vs Superman movie will hit move theaters next year, it stars Ben Affleck as Batman and Henry Cavill as Superman, you can see the latest trailer below.