If you are looking forward to the release of the new Batman game, Arkham City later this year, on October 21st. You might like to know there is a collectors edition available which has been unveiled today by Warner Bros, which includes everything you could possible want to support your Batman gaming passion. 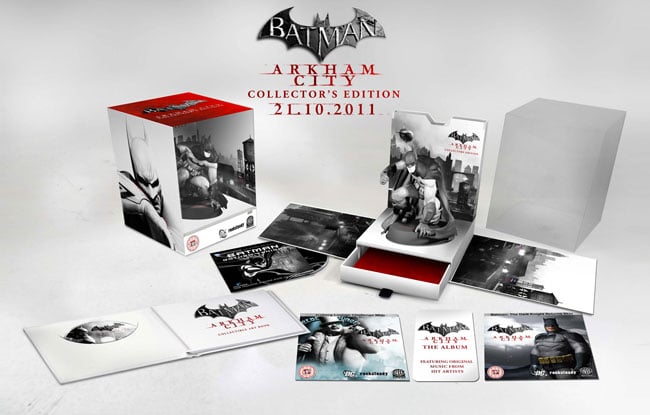 The pack also includes the game, of course and will be available on the PC, PS3 and Xbox 360 in October 2011.