Bats are a fascinating species that don’t inspire the same wonder  as, say, eagles and falcons. Unfortunately for bats, their best ambassador is a weird night prowling superhero (uh, Batman), a relationship that has reduced the entirety of batdom to the fringe thanks to public indifference. Bats do a world of service when they hunt for insects. Additionally, their poop is a natural resource. It doesn’t get any better being a bat. Now if they only made piles of money for all that guano. 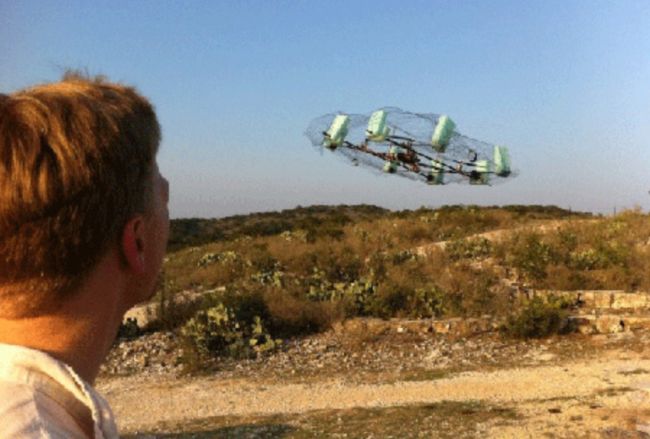 Seen above is the Batcopter 2.0, a four rotor UAV used by researchers at Boston university to observe the nocturnal habits of bats feeding during night time.

Rather than expensive piece of precisely engineered flying robotics, the Batcopter is 100% DIY and remote controlled via the OpenPilot platform.

So far the Batcopter has performed well during its nocturnal ops except for an unfortunate crash. It’s future is bright though and the Boston University guys intend to sue it on future research excursions.