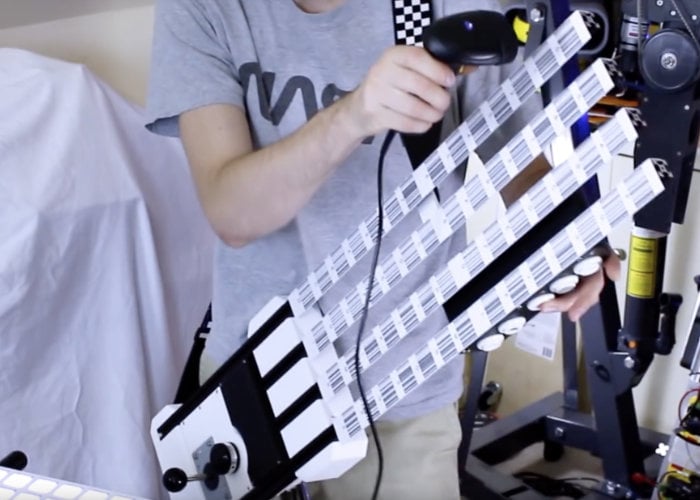 Maker and 3D printing enthusiast James Bruton has created a new project in the form of a barcode scanner MIDI guitar. Using parts from old arcade machines and the little Arduino programming and an Arduino MEGA with a USB host shield and a MIDI shield, the unique musical instrument uses barcodes to create sounds. Watch the demonstration video below to learn more and see the barcode scanner MIDI guitar inaction.

“I built a guitar with barcodes instead of strings – but it has a few extra features including programmable buttons, pitch bend, and octave and channel shift, which are all controlled by retro game controller joysticks and buttons. It’s based on an Arduino MEGA with a USB host shield and a MIDI shield. In the demo I’m using an Arturia Beatstep Pro, a Noveation Bass Station, Alesis DM5 drum synthm and a Korg X5D.”