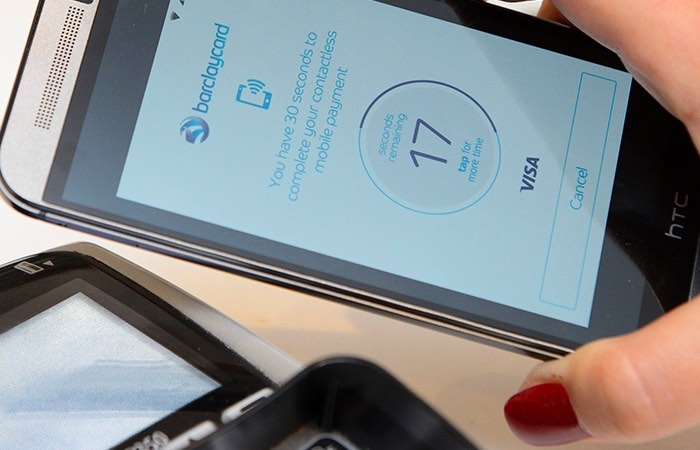 Barclaycard has today announced the imminent launch of a new NFC Android payment application that will beat Apple Pay by launching first within the UK.

The Barclaycard is set to become the first financial service provider in UK to offer its customers a contactless payment system based on NFC for Android users, when it launched the new service in November 2015.

Once launched UK customers using the MFC service and Android application will be able to use their smartphone to make contactless payments of up to £30 without a PIN. The option will also be available to make payments up to £100 by entering their PIN. Barclaycard explains a little more:

From November, the UK’s leading credit card provider will introduce a contactless payment feature to its existing customer app that will transform NFC-enabled Android phones into a way of making ‘touch and go’ payments at over 300,000 locations in the UK, as well as across the London transport network.

Activating the contactless functionality in the Barclaycard app takes less than a minute and after that payment can be made without needing to open an app, enter a PIN or verify with a fingerprint. The new feature will be the easiest and quickest way to make contactless payments using a mobile phone in the market.

For more information on the Barclaycard NFC Android application that will be launching throughout the UK during November of this year jump over to the Barclaycard News website for more details, via the link below.