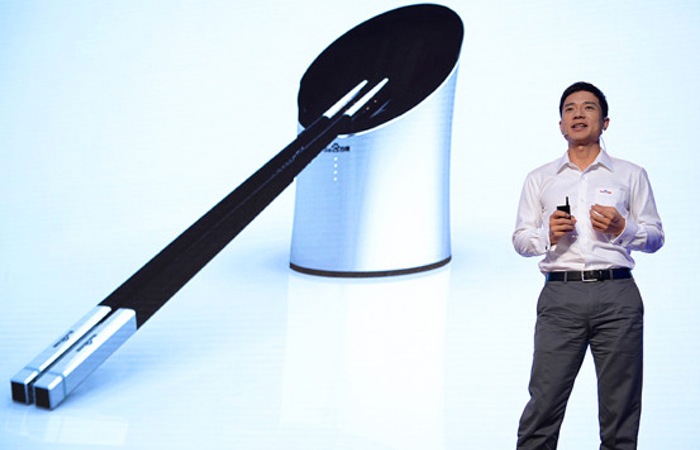 During Baidu’s annual developers conference this week Baidu has unveiled their new smart chopsticks known as Kuaisou in Chinese. Which have been designed to warn users about the food they are about to eat if it is unsafe to digest.

“We released the concept of smart chopsticks in April, and many people asked me if they could get a pair. We didn’t have the product ready then, but we have it today,”-“This is a new way to sense the world.”

Baidu also unveiled a new Bluetooth headset called the BaiduEye which is equipped with a camera and wraps around the users head beaming information to the users smartphone when required. Kaiser Kuo, a Baidu spokesman explained :

“You can use voice commands, or gesture commands – like expanding to zoom, or circling an object in your field of vision with your finger,”-“You can identify plants, or find products – so far, handbags and articles of clothing – on e-commerce sites.”

Watch the videos below to learn more about the smart chopsticks and the interesting BaiduEye project to see them in action.