We have featured a number of great keyboards here on Geeky gadgets over the years but student Florian Krautli has created an awesome prototype of a Vibrative Virtual Keyboard for Apple’s iPhone smartphone. 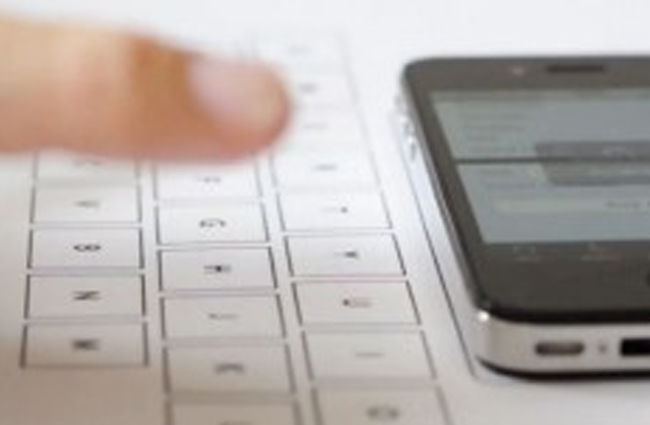 “The system, dubbed Vibrative, uses the three-dimensional accelerometer in Apple’s smartphone to measure the characteristics of each tap on the table, such as the strength and frequency of the vibrations it causes, and compares them to “training data” to work out its approximate location.”

The creation is just a concept at the moment and is around 80 percent accurate at the moment, but the idea behind the keyboard is fantastic. Lets hope that more development can be put in to the project to take it to the next level. For more information jump over to the  iOS Doc website.