Its seem funny that the Ouya games console that broke away from its mobile Android gaming devices has now returned to its roots in a different form thanks to an inventive modder named ‘eucrow’ from the OuyaBoards website.

Eucrow has combined the inexpensive new standalone Ouya Android games console with a touchscreen display and Xbox 360 game controller to create a portable version of the Ouya console. 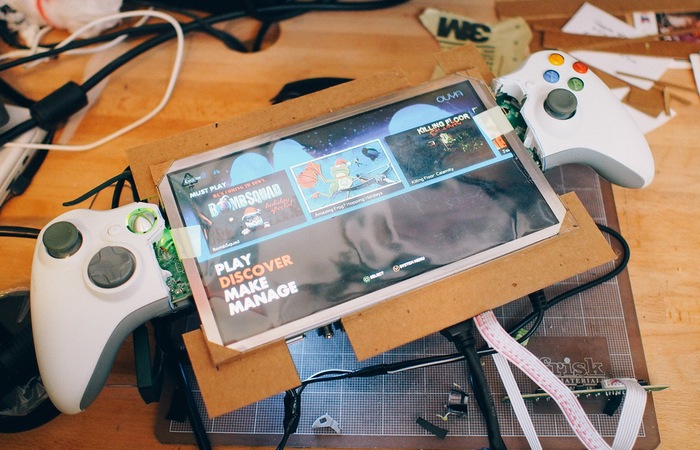 The awesome and innovative project is still currently in the process of being refined:

“This is just my first stab at figuring out where all the components will go and all of my cables and leads are long. When I do one of these builds I usually keep everything long till i’m comfortable with where the components are. Also the screen is kind of mediocre, hopefully someone out there can get me a lead on a 7″-8″ screen that’s 720p or better with its own controller.”

But as you may already know the games console is equipped with a NVIDIA Tegra 3 ARM Cortex-A quad-core processor supported by 1GB of RAM, with 8GB of onboard storage, as well as WiFi, Bluetooth, and Ethernet connectivity. Together with a wireless game controller.

For more information on the new creation jump over to the Reddit website for more details and photos or directly to the OuyaBoards website for details. 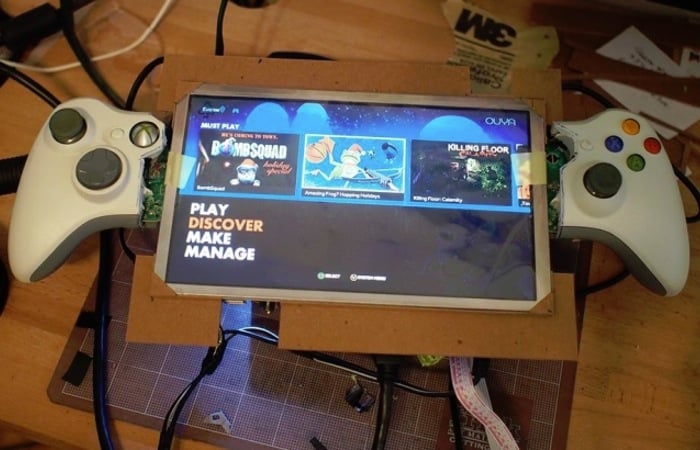