The very impressive Lego pneumatic robotic arm has been built by Max Shepard, and has been constructed to accurately mimic the full range of motion of a normal human arm and hand. The amount of weight the Lego pneumatic arm can lift is limited to the shape of the object and orientation of the wrist and elbow, but in its current construction state this is limited to just a couple of pounds. 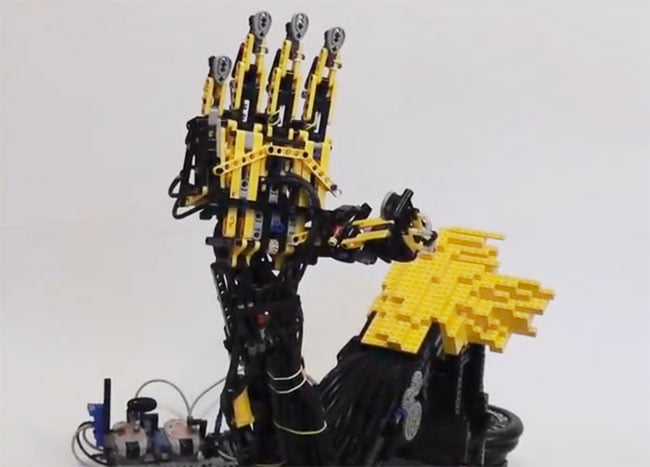 Lego pneumatic arm is controlled using a rudimentary cluster of switches and joysticks. A 4-motor air compressor with pressure-regulation also made of Lego has been used. But for the demonstration in the video Shepard used simple hand pumps. The secondary goal of building this fantastic Lego pneumatic arm as explained by Shepard:

“The secondary goal was to maximize speed and power, yet maintain a consistent ratio between the two for demonstration purposes. It is important to note that it was designed as an above elbow prosthesis, and the yellow shoulder is only meant to act as a static model.”