I was never a fan of the original 60s Batman series. It seemed like it was constantly on in the summers when I was a kid. I did watch the 89 Tim Burton movie and found it to cartoonish and over-the-top for my taste. I’m a much bigger fan of the gritty Christian Bale version of Batman. 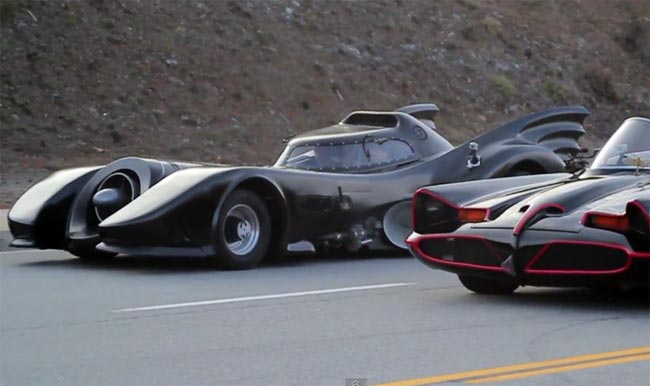 The first episode of a web series called Super Power Beat Down is now online and the episode pits that 60s Batmobile against the 89 version from the Burton flick. The host is a cute little redhead along with a couple of geeks to talk about the make-believe specs of the cars. The car builder then comes out and talks real numbers about horsepower and performance.

I think his quarter-mile performance claims are off, but it’s still cool to see these two cars lined up for a drag race. The female hostess agreed to a bet that would have her washing the 60s Batmobile in a bikini if it won the race. The 60s car did when the race, but I think it might’ve been thrown just to get her in a bikini. That was a good call.