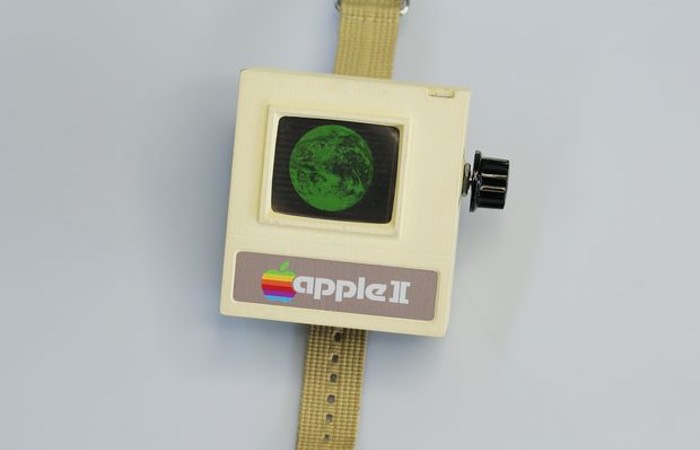 If you missed out on pre-ordering the highly anticipated Apple Watch earlier today and now have to wait until June or July to be able to get your hands on one. There is another way if you have access to a 3D printer. 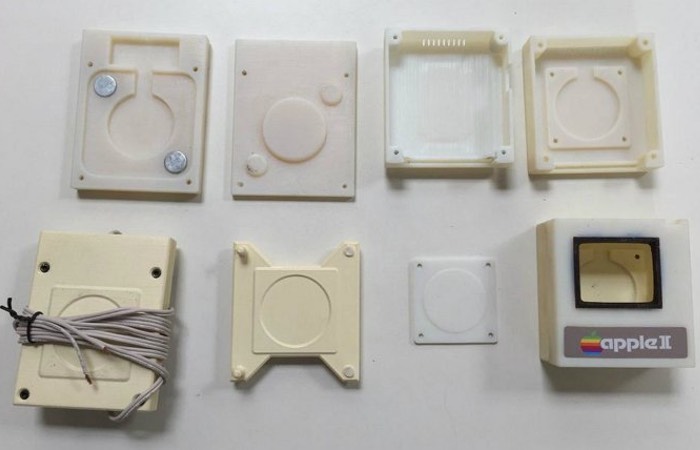 “When I set out to design the Apple II watch, I originally planned to create a faithful, tiny replica of the classic machine in a wrist-sized form factor,” Aleator says. “While researching the design I began to ask if I really just wanted to make a miniature, or something altogether new? I settled on the latter.

The design would be a ‘working’ device, heavily inspired by the form factor of the full size computer, but it would also be an imaginative exploration of a wearable tech world that began long before we had the technology to do so in a meaningful way.” 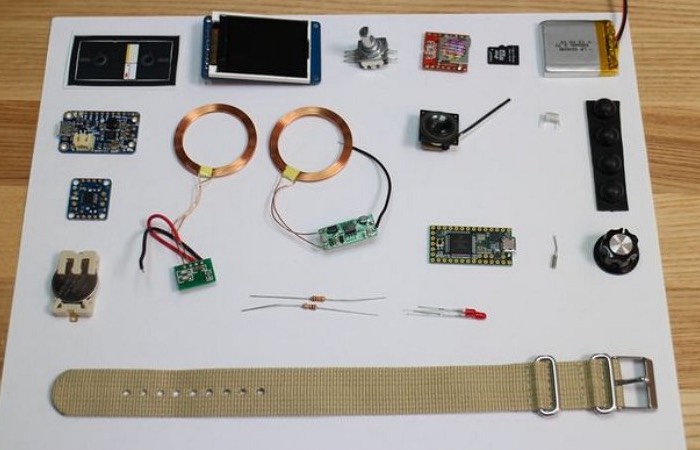 “Calculator watches are already, by definition, a wrist-worn computer, and are pretty neat, but there’s just something so appealing about the idea a tiny wrist-worn CRT. I also wanted to push my new 3D modeling skills as well, so building a reasonable complicated enclosure was a fun challenge.”

“There is quite a lot packed into this tiny package,”-“Since I had so little space, the entire circuit uses point to point wiring using stranded wire. Ultimately this proved to cause a few headaches, so I settled on solid core wire, despite it being a bid harder to compress into the case. The electronics are ultimately wrapped in electrical tape in order to prevent shorting when squished together.”

For full instructions on how to create your very own Apple II Watch jump over to the Instructables websites via the link below.