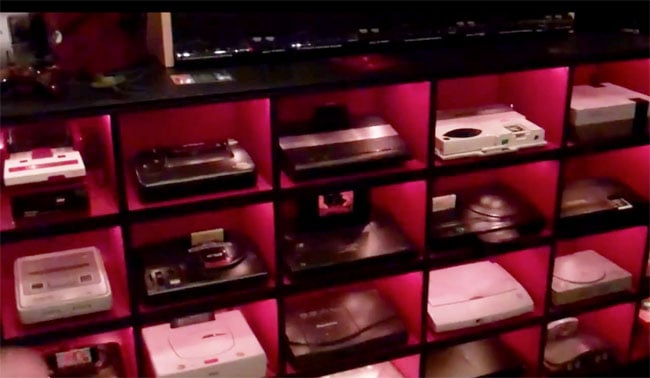 16BitGhost has created a unique storage system which displays everything within his console collection and allows him to enjoy a gaming session of any of his consoles when needed. Check out the 15 minute video below for an overview and walk through of the entire system including a little about how the systems have been connected.