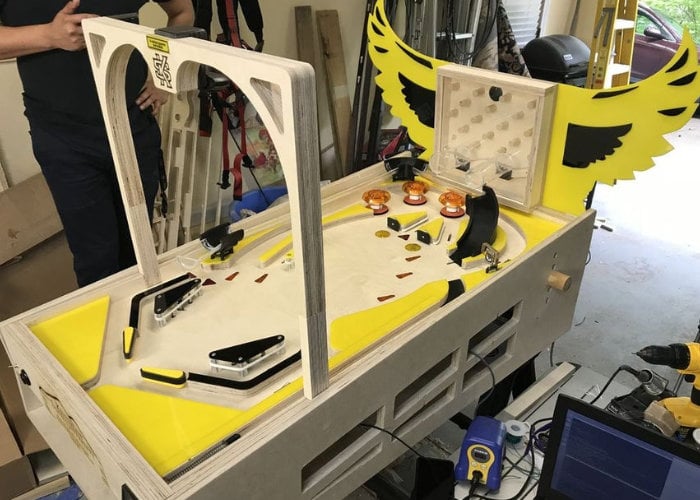 A unique Arduino powered pinball machine has been created by a small team of makers, which is capable of playing games by itself thanks to a ball location detection system. Check out the videos below to learn more about the AutoPinball autonomy, construction and coding.

“A pinball machine that plays itself, doesn’t that take all the fun out of it?” I hear you ask. Maybe if you’re not into autonomous robots it might. Me, however, I’m very much all about building robots that can do cool stuff, and this one does some pretty cool stuff. This project was built as a senior design project for Kennesaw State University, and was a literal childhood dream come true for me to build.

The features include a working score system that tracks how many points you get, a multiball plinko machine, and an autonomous activation switch on the front that you can flip on-the-fly. There is an above-mounted USB camera that is constantly detecting the position of the flippers and the position of the pinball during play and it makes decisions based on their relative differences.”

For more details on the project as well as code, CAD models and full instructions jump over to the GitHub and Instructables project pages by following the links below.