Modder Ben Heck has been at it again, and has been hard at work in his workshop with help from fellow modder and design engineer Jesse Robinson. To create a new type luggage that uses ping sensors to track and follow you. Saving you from having to carry your belongings with you. 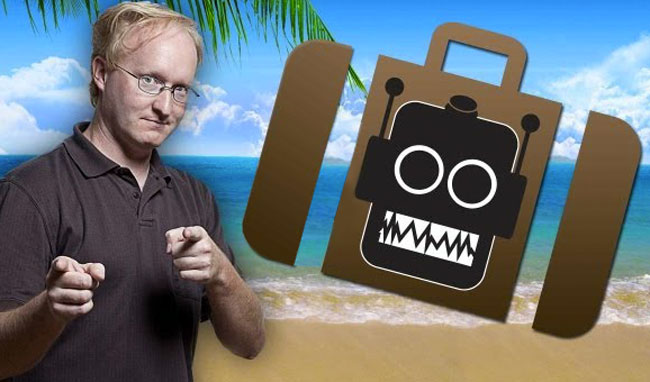 The little autonomous robot has been nicknamed Doug, and is capable of moving at a steady 2mph, and follows a beacon thats attached to your belt that sends out ping, for Doug to pickup. Watch the video after the jump to see it in action.

As Ben points out in the video below, his design is similar to a very basic R2-D2 robot. Equipped with three legs fitted with wheels on the end, the two main wheels are powered by electric motors which are independently controlled for steering.