These new speed bumps designed and created by Mexico’s Decano Industries which react to the speed of your car.

If you are travelling too fast and hit the speed bump metal plates increase the size of the bump letting you know your going to fast. If you hit them at a slower speed both plates immediately collapse into the ground under the weight of the car and your ride is uninterrupted. Check out the video after the jump. 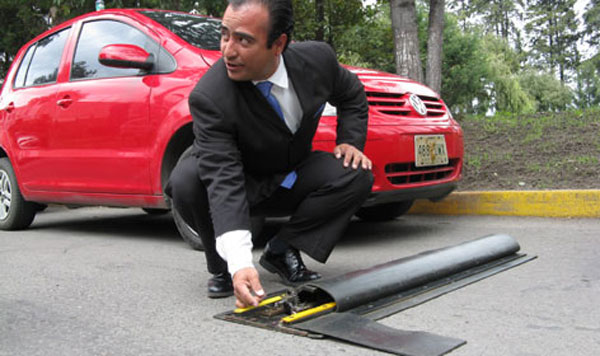 Decano says the system will cost $1,500 per speed bump to install and will decrease fuel consumption.

Speed bumps are especially popular in Mexico because few police officers are able or willing to enforce traffic laws, says José Luis Camba, a civil engineer and professor at the National Autonomous University of Mexico. There are at least 18,000 speed bumps in central Mexico City alone, according to the government.