Autodesk has this week released a demonstration of how its created a 3D model of its headquarters in San Rafael, California. using 2D images which it took using a Octo-Copter UAV(unmanned aerial vehicle). The technology used within the demonstration shows just how far 3D modelling has tralled since the first 3D rendering applications were introduced. 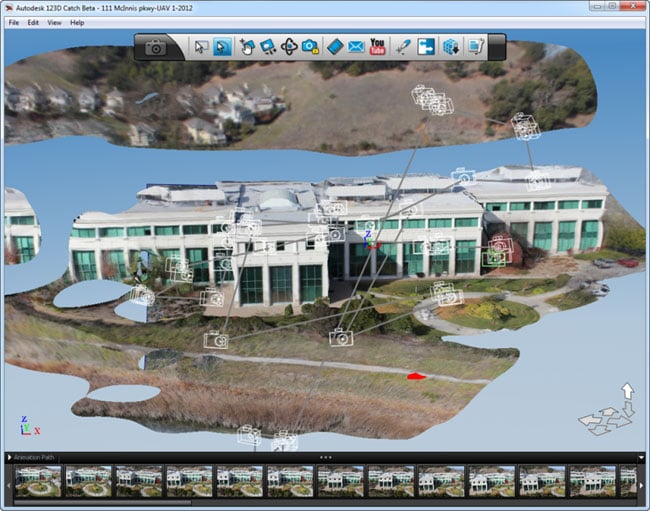 The Octo-Copter was equipped with Autodesks 123D Catch software, which has been designed to help simplify the process of making 3D models of large real-world structures.

Watch a video of the process and what was involved in the movie below. Enjoy! “This is our Mikrokopter Cinestar 8 used to capture still images and video for rendering purposes on our software 123D catch.”