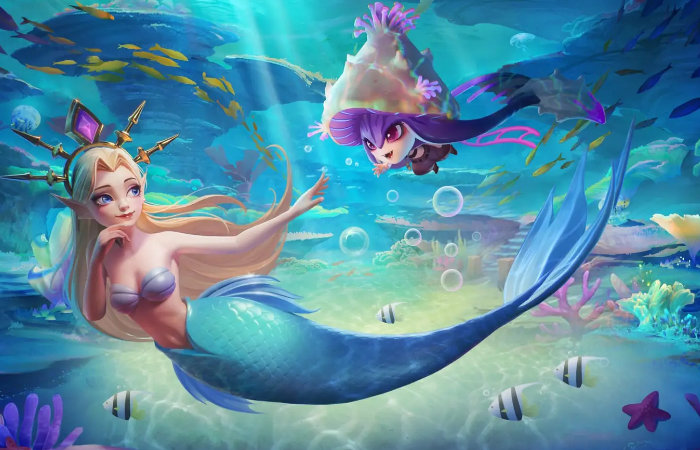 Weiming Zhao from Dragonest has this week revealed more details about the new Auto Chess Season 13 Ocean Voyage which will be launching in a few days time on July 22nd 2021. The latest update to the Auto Chess game includes a new race and mode, and the Ocean Voyage theme, check out the announcement trailer below to learn more.

“Raised under the barren sand dunes of the new continent, the Civet dwell in a subterranean dungeon encircled by a dark river. They’ve adapted to thrive in both the searing heat and extreme cold of their dry desert home. Imbued with the natural ability to sense powerful sources of magic, the Civet mine and process all kinds of elemental gemstones to amplify their own power. Their expertise has led them to establish their own Gemstone System and Artisan lineages.  “

“Auto Chess is going stronger than ever with a mountain of new content coming in Season 13. Discover the origins of the brand-new Civet race and forge into battle with one of their most formidable warriors. Dive into a fresh new look with the Ocean Voyage theme. And take co-op play to the next level with a new simplified duo mode! Season 13 is sizing up to be a seriously epic upgrade to your battling experience. Let’s take a closer look.”

For more information on the new Auto Chess Season 13 Ocean Voyage launching later this week July 22nd jump over to the official PlayStation blog by following the link below. Eight players can face off in 2v2v2v2 format based on the basic rules. The results are calculated based on the total ranking points obtained by you and your teammate.