A restaurant in Australia has decided to do away with their traditional paper menus and replace them with something a little more up to date. The Pearl restaurant in downtown Richmond has chosen Apple’s new iPad as their new menu.

Chris Lucas, who owns the Pearl restaurant is in the process of moving its menus over to the Apple iPad, and each iPad will make use of a specially designed iPad applications. 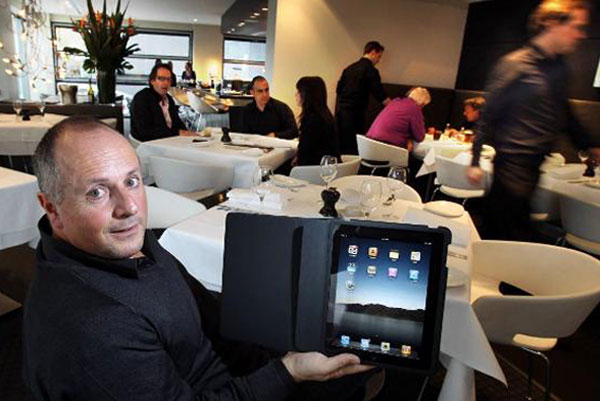 It doesn’t look like the iPads will be replacing the waiters as well as the menus, as diners will be able to browse the menu on the iPad, but a waiter will still take their order.

The Pearl restaurant only has four iPads at the moment, although they have ordered 11 more, plus it looks like the Pearl iPad application is costing the restaurant around $40,000 to develop.