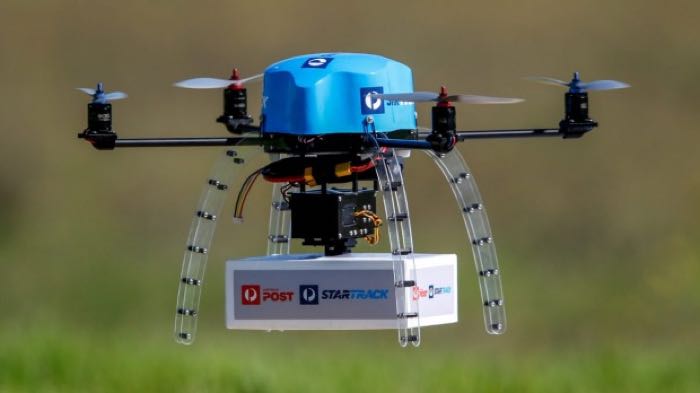 A number of company’s are testing drones to deliver parcels, Amazon is one company which is running a number of tests and now the Australian postal service, Australia Post is also testing out drone deliveries.

Australia Post is running a two week trail of drone deliveries and if the try is succesful it could be expanded to include deliveries to customers by the end of the year, the trial has the backing of the Civil Aviation Safety Authority in Australia.

“We’re pretty confident that if we can get through this [trial] we’ll be able to offer this experimental service towards the end of this year.”

The consumer tests of the service will apparently deliver parcels to customers at 50 locations, these deliveries will take place twice a week.

Australia is a large country and this could be valuable to customers who live in rural locations as the drones could deliver their mail and parcels.