If you were one of the thousands that backed the Kickstarter campaign to get the Auris Bluetooth Adapter from concept to production, you will be pleased to know that Touchkraft LLC has now shipped out orders to backers.

The latest and upgraded Auris Bluetooth Adapter is now equipped with Bluetooth 4.0 compatibility and has been designed to enable you to play music from an Android, iOS or Windows device with ease. Watch the video after the jump to see it in action. 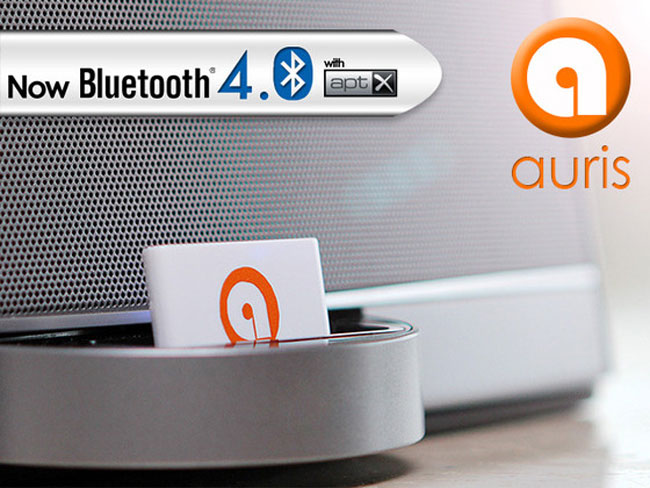 “This entire project has been a global effort that’s turned into something way bigger than we’d ever imagined. Looking back over the past 3 months, it is amazing to think about what‘s been accomplished by launching auris on Kickstarter. Thanks to the initial and ongoing support that our awesome backers have shown, auris continues to thrive out in the wild.”

But don’t’ worry if you missed the Kickstarter campaign as you can also pre-order the latest Auris Bluetooth Adapter directly from the Touchkraft website in a selection of colours from $40, with shipping beginning in January 2013.