Any iPad users serious about music production will be interested to learn that a new 48-track recording application called Auria that will be launched on to the iTunes App Store during the first quarter of 2012 priced at $49.99.

Auri has been developed and launched by Wavemachine Labs, and has been designed specifically for Apple’s iPad device. Being built to provide a professional studio and live tracking application. 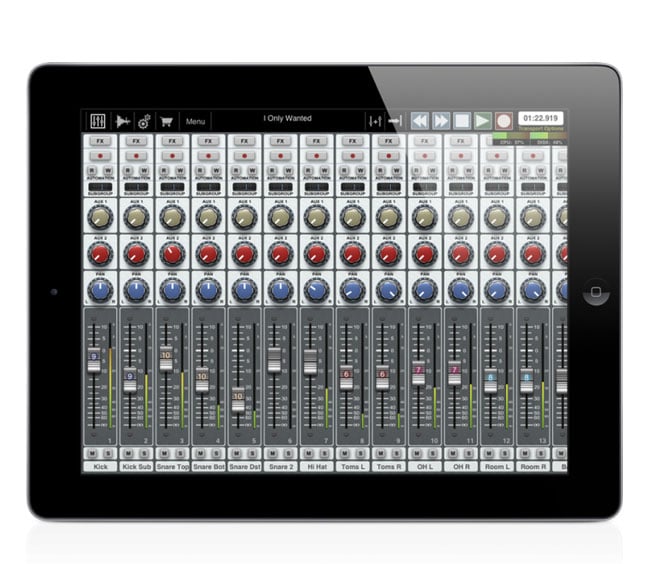 The 48 track digital audio workstation includes all the necessary tools for recording, editing and mixing music projects, and is equipped with AAF import/export for moving sessions between popular DAWs such as Pro Tools and Nuendo.

The new application also includes a number of plug-ins which have been provided by a partnership with PSPaudioware and include: convolution reverb, stereo chorus and delay, classicVerb and a pitch processor. With more plug-ins available via in purchases which have been created by Overloud Audio Tools, PSPAudioware, Fabfilter and more.