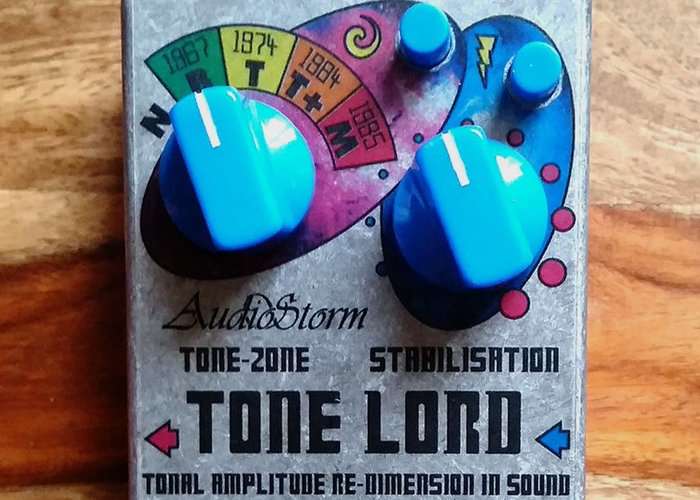 Sean Mandrake has been building guitar pedals for a number of years but has now taken the next step and reached out to the Kickstarter community to raise the funds required to take his latest creation into production.

The AudioStorm Tone Lord effects pedal as a multimode clean boost system offering boutique features, tone and construction in a compact form factor. Watch the video below to learn more about Tone Lord and its features.

Sean explains more about the Kickstarter project and his latest effects pedal :

I’ve been making really cool and totally original boutique guitar effects pedals for many years but I badly want to reach out to more people and that means embracing more expensive production techniques. In this case what I need is enough interested people that I can get double-sided circuit boards professionally made. Everything else is in place, I have all the tools and a room full of magic just waiting to be used for this.

If this project works out then I have plans for numerous much more daring and cool pedals involving micro tubes and gyro sensors and some really crazy-fun concepts! So you aren’t just investing in a one-off but in a whole range of really cool future pedals. This booster is just the beginning!