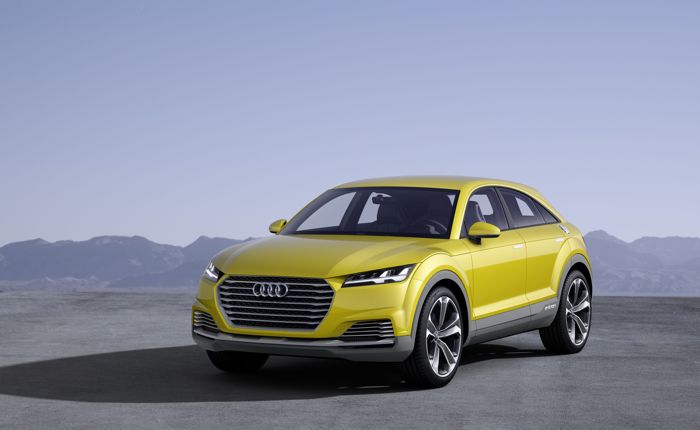 The Audi TT Offroad Concept was announced at the Beijing Auto Show earlier in the year, and now according to a recent report, Audi may have plans to put this concept car into production.

Audi’s Technical Chief, Ulrich Hackenberg recently revealed, that out of all of the Audi TT concepts the company has shown off, the Audi TT Offroad, is the one that is most likely to go into production.

“All of the concepts are under analysis,” said Hackenberg. “We’ve done clinics, which have been very positive. They have shown a strong tendency for SUVs, so if we were start with one I’d say there is the strongest chance for the SUV version.”

Audi are expected to launch their first of these new TT concepts some time in 2015, so we could see a production version of the Audi TT Offroad before the end of next year.

The Audi TT Offroad is a plug in hybrid that features a 2.0 TFSI petrol engine and two electric motors, the concept model that was shown off comes with 408 HP.

Whether the production version of this Audi TT concept will feature the same setup remains to be seen, as soon as we get some more information on exactly what Audi have planned, we will let you guys know.