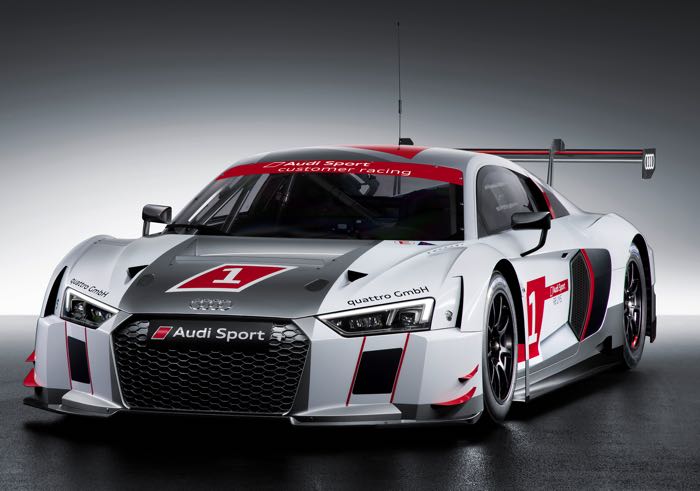 Audi has announced their latest racing car at the 85th Geneva Motor Show, the Audi R8 LMS, and according to Audi it already meets the new GT3 regulations that are coming into place in 2016.

The Audi R8 LMS is designed to be lighter and safer than its predecessor and it will first hit the track in a 24 hour race at the Nürburgring in May. 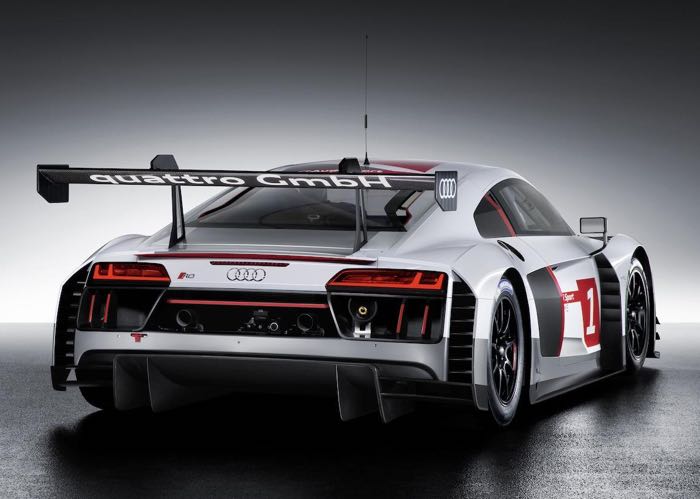 The new Audi R8 LMS clearly surpasses the safety requirements of the regulations to be introduced in 2016. Thanks to a modified structure of the front end and a CFRP crash element at the rear that is being used for the first time the GT3 race car meets the crash test requirements that apply to the much lighter Le Mans prototypes (LMP) such as the Audi R18 e-tron quattro. The Audi Protection Seat PS 1 that will also be used in the R8 LMS in the future has been setting seating technology standards in the LMP class for years. It is connected to the chassis for increased stiffness. A quickly adjustable foot lever system and a height and length adjustable safety steering column allow versatile adjustment to the various drivers. A rescue opening in the roof as used in DTM race touring cars is now being introduced in a GT3 race car for the first time as well.

The new Audi R8 LMS is equipped with a 5.2 litre V10 engine that has 585 horsepower, and Audi have reduced the weight of the new car from 1250 to 1,225 kilograms. You can find out more information about the new Audi R8 LMS at the link below.