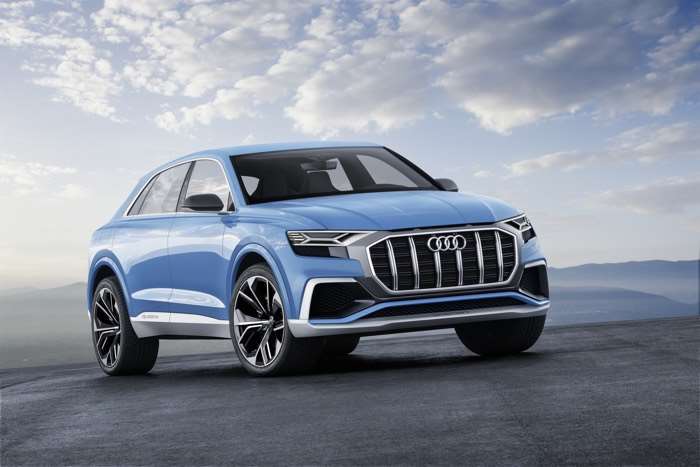 The Audi Q8 Concept was made official earlier this week, the car is a concept car at the moment but it is expected to go into production and will be the top model in Audi’s SUV range.

We have already seen some press photos of the new Audi Q8 Concept and now Audi has released a video of their new concept SUV in action, have a look at the video below.

As yet there are no details on when the new Audi Q8 Concept will go into production, as soon as we get some more details, we will let you guys know.