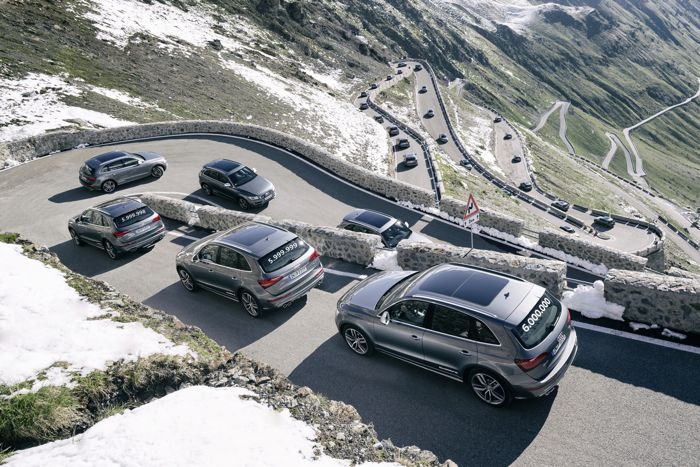 The first Audi Quattro launched around 34 years ago back in 1980, the original Audi Quattro can be seen in the photo below, and the company has now announced that it has built its sixth million Quattro equipped vehicle.

Quattro started out as Audi’s all wheel drive system, the company also announced that they built a massive 710,095 vehicles equipped with Quattro last year.

“Dynamism and sportiness, the utmost technical precision and safety – that’s what Audi’s quattro technology stands for. More than 30 years ago, it was recognized as a pioneering accomplishment; today, it is synonymous with technical progress”, states Dr. Hubert Waltl, Board of Management Member for Production at AUDI AG. As recently as February 2013, Audi celebrated its five-millionth car with permanent all-wheel drive. After just one and a half years, the company has reached the six-million mark. “Six million times Audi quattro drive – that’s an outstanding performance! 30 years of quattro success are a credit to our motivated production team, which consistently and efficiently implements the Audi production system.”

The sixth million Audi Quattro vehicle rolled off the production line last week, it was an Audi SQ5 3.0 TDI Quattro, and the company now offers around 170 different versions of their vehicles with the Audi Quattro system.