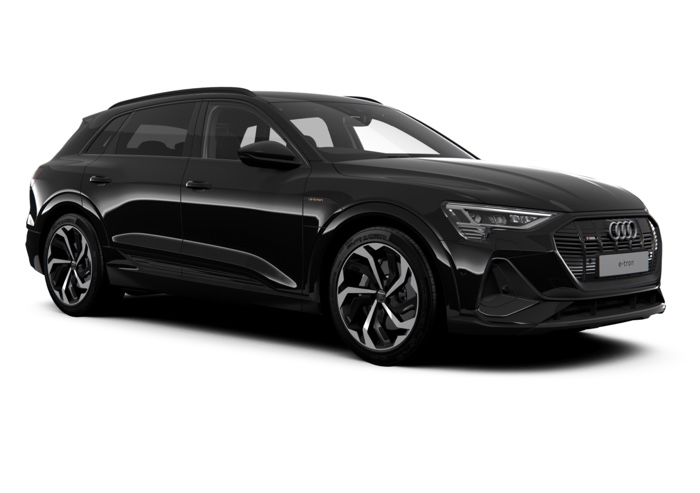 Audi has announced that it is adding some new technology to its Audi e-tron and e-tron Sportback electric vehicles and also some new trim levels.

Audi is redoubling its efforts to streamline the process of switching to its fully electric e-tron SUV and e-tron Sportback models at every level, and this includes the all-important pre-ordering selection stage, which has just been further simplified. Specification structures have been brought into line for the 50 and 55 versions of the e-tron SUV, and they now include newly introduced Black Edition and Vorsprung options that offer a direct, one-stop route to the most sought-after items of equipment favouring visual impact, technological sophistication and luxury.

The range-topping Vorsprung specification also becomes available for the e-tron Sportback, and in both applications includes the latest digital matrix LED lighting technology. The digital element in the cabin across all trim lines has also been enhanced by an upgrade to the new third generation modular infotainment platform or MIB 3, which offers ten times more processing power than its predecessor and facilitates new capabilities such as wireless connection to the Audi Smartphone Interface.

There are now five different trim options available for the e-Tron 50 quattro and 55 quattro models and a new Black Edition. You can find out more details about the updated Audi e-Tron over at Audi at the link below.