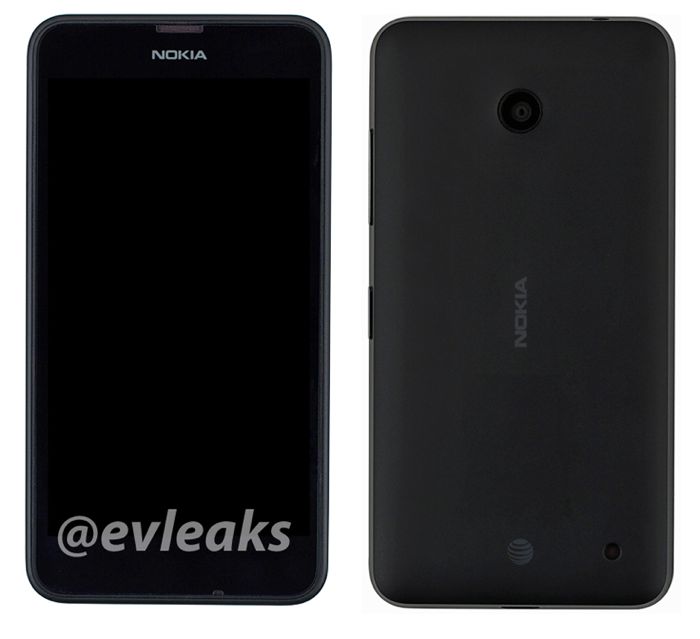 The Nokia Lumia 635 launched in the UK earlier this month, and now it looks like the handset is headed to US mobile carrier AT&T.

The photo below is of the AT&T branded version of the Nokia Lumia 635, the handset is said to come with the same hardware specifications as the existing model.

Processing on the handset is provided by a quad core Qualcomm Snapdragon 400 processor with a clock speed of 1.2GHz, the device is also equipped with 512MB of RAM.

For storage, the Nokia Lumia 635 comes with 8GB built in, this can be expanded further by the microSD card slot, which supports cards up to 128GB in size.

The Lumia 635 features a rear facing 5 megapixel camera that comes with 4x digital zoom and auto-focus, the device is also comes with 4G LTE, Bluetooth 4.0, WiFi and a 1,830 mAh battery which will provide up to 27 days of standby time and up to 14 hours of usage.

As yet there are no details on when the Nokia Lumia 635 will launch on AT&T, as soon as we get some more information, including some details on pricing, we will let you guys know.