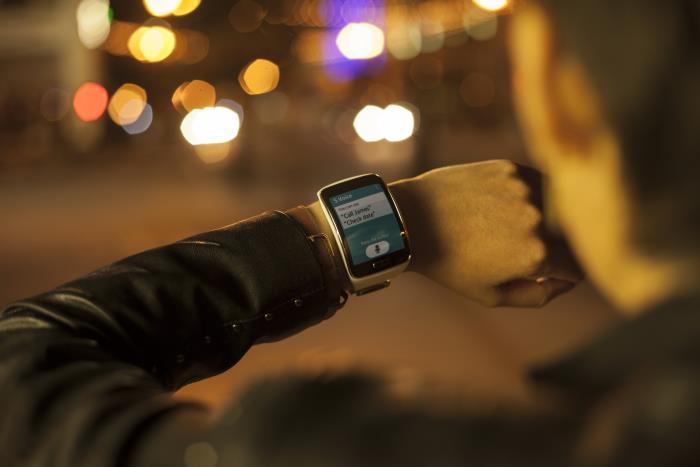 Not too long ago, T-Mobile announced the Tizen-powered Samsung Gear S on its networks for $0 down and 24 monthly payments of $14.58 each.

Recently, AT&T also announced its own pricing plans for the Samsung Gear S, and they aren’t too cheap either. The carrier is selling the Gear S for $199.99 tied to a two-year agreement with the carrier. AT&T customers can also add the Gear S to their Mobile Share plan for just $10 per month.

The Gear S smartwatch will be available in both black and white color options, and also give users the ability to change the straps to suit their own preferences.

Since the smartwatch works without a smartphone, and features cellular connectivity, users can get incoming calls, texts and notifications on their smartwatch without connecting it to a smartphone. The smartwatch boasts a 2-inch Super AMOLED display with a 480 by 360 resolution, and a dual-core 1GHz processor.

The smartwatch runs Tizen, and comes with 512MB of RAM, 4GB of internal storage, IP67 Certified Dust and Water Resistant and a 300 mAh battery which can last up to two days on a single charge.

The smartwatch will be available for purchase from the carrier from November 7th. Anyone planning to pick up the Samsung Gear S from AT&T?