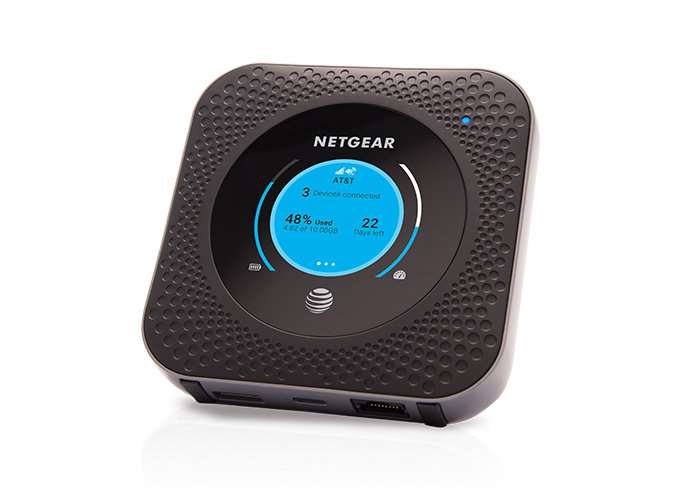 Tomorrow, October 27th, 2017 AT&T will be making available their new Nighthawk LTE Mobile Hotspot Router for the 5G Evolution, which will cost $50 on a two-year contract.

The Nighthawk Mobile Hotspot Router is capable of connecting up to 20 devices simultaneously and is equipped with a built-in rechargeable 5,040mAh battery capable of providing up to 24-hour’s of battery life on a single charge. 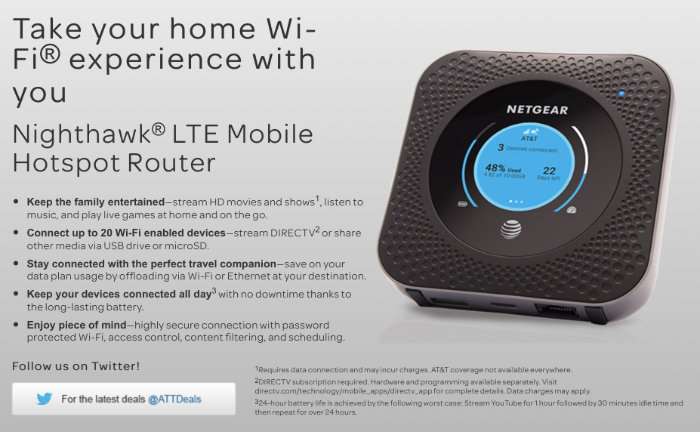 Watch the video below to learn more about the NETGEAR Nighthawk router which will be the first to support carrier’s ‘5G Evolution’ network, which unfortunately isn’t 5G and some customers may think they are connecting to a 5G network, when they are not.

For more information on the new Nighthawk LTE Mobile Hotspot Router jump over to the official AT&T website by following the link below.