Ever drank your own pee? Don’t. There are toxic substances in the liquid. (Don’t say you weren’t warned.) But there are extreme instances when recycling pee proves very practical. When the Atlantis shuttle embarks on its final mission on Friday, the astronauts involved will have a new gadget with them up in orbit. It’s a compact conversion kit that removes the impurities in urine to produce drinkable water. 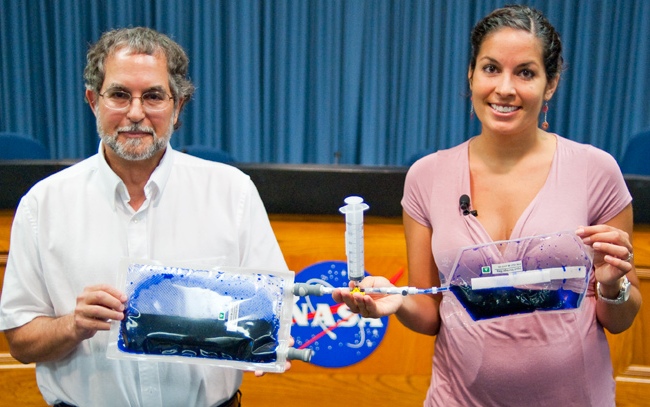 The technology itself isn’t groundbreaking and the ISS has a similar machine onboard. The innovation here is it’s been shrunk to a convenient size without sacrificing its utility. Though it’s a bit far from the stillsuit found in the Dune novels, itself an object in the Dune mythology that’s somewhat influenced this particular pee pee bag, the process of converting human urine or dirty fluids to drinkable water is quite simple.

The trick is to have two small containers, one of which has a sugary-solution to filter the impurities that are channeled to it. Given time, the resulting fluid becomes 100% safe to drink.

On a smelly closing note, is anyone thinking of those Japanese poop burgers featured here at Geeky Gadgets a while ago? Together with this pee pee bag, both would make for an orbital value meal. Incredibly gross man, incredibly gross.