It’s strongly recommended that if you’re reading this while having lunch/dinner/a hearty breakfast, please stop. The following is genuinely unpleasant. Unpleasant in the sense that a Japanese scientist of staggering genius has just devised a method of turning excrement into hamburger meat. Ugh! Don’t worry, the below isn’t the vile stuff. That’s just a far more pleasant alternative to the unappetizing reality. (That’s a Carl’s Jr. burger, if we’re not mistaken.) 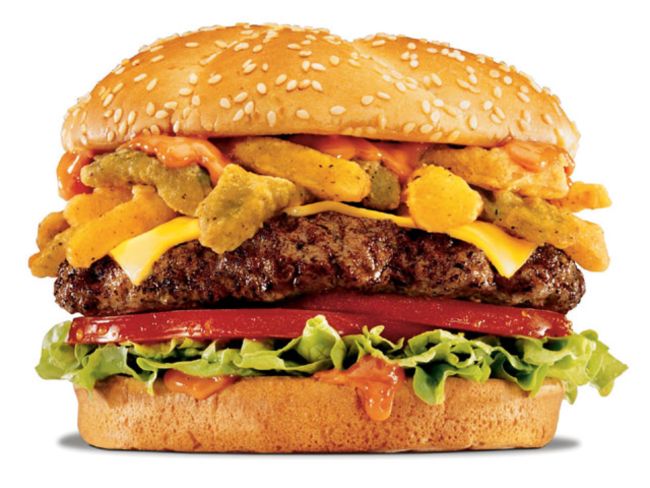 Naturally, calling it a sh*t burger doesn’t leave much to the imagination. A sh*t burger is exactly what Mitsuyuki Ikeda has named his invention. The good news is it’s still not a commercial product readily available in your local supermarket. It’s also very expensive to produce since it’s  still an ongoing experiment.

If you’re wondering about the ingredients, Ikeda’s special burger is based on proteins extracted from human waste (“sewage mud” in his words) and mixed with soy beans and steak sauce for extra flavor.

The incredible thing is, a poll over at Inhabitat asked whether people would like a taste of it and the results showed several hundred curious human beings wouldn’t mind a bite.

What inspired Mr. Iyeda’s latest invention was to create the ultimate in recycled material, which is turning our own waste to food and feeding on the resulting material. Though the intention is no doubt good natured, our times aren’t so very desperate yet to consider eating pooburger meat. Then again, most processed meat come from the grossest parts of animals, so how can eating this be all that bad when its toxic qualities have been treated?

Also, the human appetite is a strange thing; fungus and insects have long been part of various cuisines, so the gross factor toward this probably isn’t that bad.